How many farmers are in the Western Region? 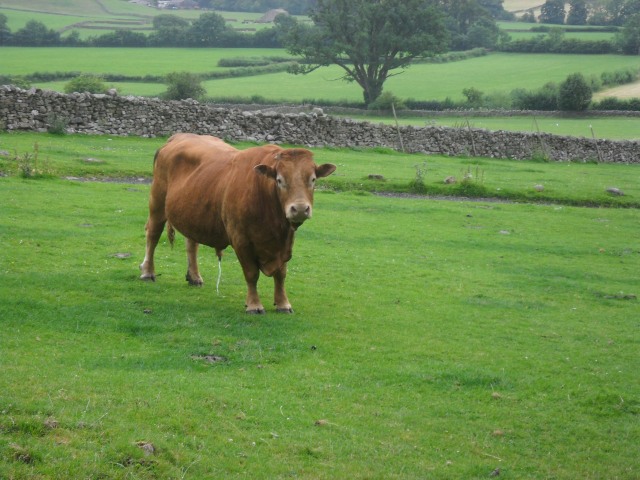 Agriculture has traditionally been a very important sector of Irish economy and this, along with the subsidies from the Common Agricultural Policy (CAP), has meant that it is also one of the most measured sectors in the economy.

We would therefore expect to have a very good idea how many farmers are in the Western Region and it can be argued that we do.  However, because there are a variety of ways in which a person farming or receiving income from farming may be defined, there is no single definitive answer.  Instead the numbers depend on what is being measured.

In this post I look at three different measures of ‘farmer’ in the Western Region (the seven counties under the WDC remit), and discuss why there is so much variation among them.  The Census of Population was held in 2016, and this provides one measures of those involved in farming, data on CAP beneficiaries for 2016 provides another measure and recently released Revenue data for 2016 provides the third statistic.

In 2016 in the Western Region there were 20,880 people whose occupation was ‘farmer’ according the Census of Population (see Fig. 1), while there were 40,709 Revenue ‘farmer’ cases (see discussion below) and 54,215 CAP Beneficiaries.

Figure 1: Three measures of ‘farmer’ numbers in the Western Region

There are clearly very significant differences among these three measures, so what do they mean in terms of numbers in farming?

The Census of Population 2016

The smallest measure of farmer numbers in the Western Region is from the Census of Population in 2016.  The number of famers in this Census is based on detailed occupational data for those who have described their main occupation as ‘farmer’.  This is one of 328 categories and nationally ‘farmer’ is the second largest occupation group accounting for 3.5% of the work force.  As noted the numbers here refer to farmers rather than those working in agriculture or in other areas who are part of the broader category of Farmers fisheries and forestry workers (22,733 people in the Western Region).

The data for Revenue cases from farming is from the Revenue Statistics and Economic Research Branch publication ‘The Farming Sector in Ireland: A Profile of Revenue Data’.  The first report was prepared in 2015 to add to the evidence available on the agricultural sector in Ireland from both an economic and taxation perspective.  Data tables in this report are updated annually with the most recent available for 2016 published in August 2018.  Both are available here.

The 2015 report provides the detailed explanation of the ‘farmer cases’ included.  There were three methods of identifying farmers on Revenue records:

Farmer cases are any of those which meet one of the three criteria noted above (a case may meet all three but is counted once).  The majority of farmers are self-assessed income tax payers and as such are required to file a Form 11 return of income for each tax year.  The file covers the vast majority of farmers in receipt of DAFM payments. Most are registered with Revenue as self-assessed individuals. Some cases hold PAYE registrations only, effectively employees within the farming sector. There are also a small number of incorporated farmers, registered for Corporation Tax.

Data on CAP beneficiaries is drawn from the Department of Agriculture, Food and the Marine (DAFM) database.  This provides information on all farmers or companies who received money under CAP in 2016.  This is a broad definition, including all kinds of CAP payments and the database provides the names and municipality of those who received more than €1,500 in that year.   This includes a number of companies but these must fall within the definition of active farmers (see here for a more detailed discussion of active farmer definitions).

What do the categories tell us about farmers in the Western Region?

Clearly the three categories of ‘farmers’ discussed above are all defined differently.  The census definition is the strictest, these are people whose main occupation is farming and if they do have another occupation it is of lesser importance.  The second category includes all of those making Revenue returns in relation to farming income, but this may not be their main income source.  They may have other earnings but they are in some way involved in farming in the Region.  The final category of ‘farmer’ is the CAP beneficiaries.  In the Western Region this is the largest group, taking in all those who have received a CAP payment.  Some of these may not be making Revenue returns and may only be receiving very small payments (a significant number of CAP beneficiaries receive less than €1,500 annually).  This final, largest, group is likely to include all of those with some connection to farming and may be categorised as ‘active farmers’

The three measures of ‘farmer’ numbers discussed above are available at county level (Figure 2).  Again the highest measure in each county is CAP beneficiaries, followed by Revenue cases and as would be expected the lowest number is those who declared their principal occupation as farmers on the Census of Population in 2016.

So, how many farmers?

So in measuring how many farmers there are in the Western Region, we need to decide what we mean by a farmer.  Is it someone who considers being a famer their main occupation? Or someone who has some farming income which is declared to the Revenue, or someone who receives a CAP payment?

WDC Insights is the blog of the Western Development Commission Policy Analysis Team. The WDC Policy Analysis team analyses regional and rural issues, suggests solutions to regional difficulties and provides a regional perspective on national policy objectives. Policy Analysis Team Members are Deirdre Frost and Helen McHenry. We will both be posting here. You can contact us here, or use our firstnamelastname at wdc.ie Follow us on Twitter @WDCInsights
View all posts by WDC Insights →
This entry was posted in Agriculture, Economic Sectors, Regional Statistics, Rural Development, Uncategorized and tagged Agriculture, Data, economic sectors, Rural, Western Region. Bookmark the permalink.